Dawn Staley was born and raised in Philadelphia. She is an Olympic gold medalist and has played for both the American Basketball League and the WNBA. 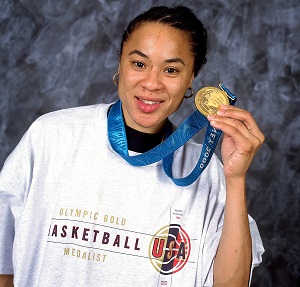 Ms. Staley has won multiple awards throughout the sport of basketball, including the Honda Sports Award for basketball and the WBCA player of the year in back-to-back years. In 2008, she was elected to the Virginia Sports Hall of Fame, and in 2015 she was named the USA Basketball Co-National Coach of the Year.

Check out Philly.com's recent write-up on the NCAA Championship win!